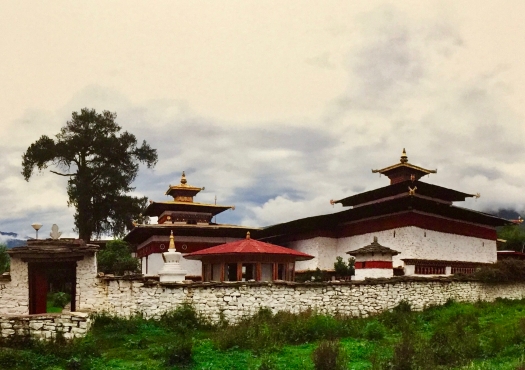 The Jowo Temple of Kyichu is one of the oldest temples in Bhutan, originally built in the 7th century by the Tibetan Emperor Songtsän Gampo. It is considered to be one of the 108 border taming temples he built.In the 8th century the temple was visited by Guru padmasambhava and it is believed he concealed many spiritual treasures here.Not just Guru Rinpochea but many master’s and Rinpochea’s. From 1836 to 1838 the temple was restored and re-consecrated by the 25th Je Khenpo Sherab Gyaltshen.In 1971, Kesang Choden Wangchuck, the queen of the third king Jigme Dorji Wangchuck built a Guru Temple next to the old Jowo Temple which was consecrated by Dilgo Khyentse. Ever since then the annual rites of great accomplishment for the deities Vajrasattva, Palchen Heruka, and Vajrakilaya have been held in this temple for the well being of the country under the patronage of Queen Kesang Choden Wangchuck.There is a belief that the two orange trees in the courtyard of Kyichu Lhakhang bear fruit throughout the year.